Some may be surprised to know that a gospel singer beat out all other contenders in a variety of genres for Best Female Artist at the 2011 Native American Music Awards on Oct. 7 in Niagara Falls, NY. Becky Thomas not only has a soft, soothing and venerable sound which lends itself well to gospel music, but she positively exudes joy while she performs. It is her inner light tha tadds depth to her music. You really believe that she is invested and that by listening to he rmusic you are somehow communing with divine energy.

Thomas has only been making gospel albums for a few years, although sheʼs been creating music her whole life. “I spent my teenage years locked in my room with my piano and guitar,even doing a few concerts,” says Thomas. “It wasnʼt until 2006 that I got tuned into my native heritage (Cherokee) and discovered a whole new expression of worship and sound that became every healing to me. Since that time I have become deeply committed to seeing our people rise above messages that we need to look like, smell like or sound like someone else, whether it comes from peers, religious or educational institutions or from media. We all have a unique sound, a unique look, a unique hand print - both as individuals and as people groups. Itʼs so important that we find and release that uniqueness in this life. It is the way we were designed to bless the Creator, the land and one another. This belief is what drives me and keeps me doing what Iʼm doing through both song and story”.Beckyʼs three albums to date include: “I Delight in You”, with four nominations from the 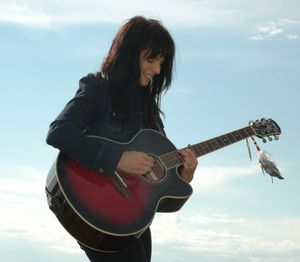 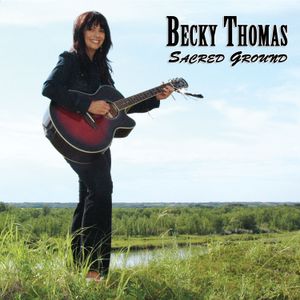