I made this album to vent my anger and frustration; it was a dark and foreboding point in my life. It was also the cause of many sleepless nights, with stress and anxiety. It took two years to work through the obstacles of arranging and recording the album. The process of working on my music made me grow as a person in music, but also to help heal the wounds of life. Life has many struggles and challenges but with the guidance of people close to me I was able to express my feeling with words and music and for that I am thankful. The songs deal with various aspects that I was dealing with at the time, from dark and overwhelming to bright and feel good.

I would like to thank Jay Ross for helping with parts of that were beyond my playing abilities. Also Greg Edmunds for bringing soul to  “My Mistakes” and Denise Lanceley for doing the harmonies that hold it together. My family for being patient with me while I made that music, they had to hear it thousands of times. Many Thanks to my teachers and loved ones.

I hope that while listening to the words of the songs that you are able to keep something for yourself to help you on your journey of life as well.

Garrison completed a Digital Film course in 2005, after which he went to work at Turtle Island Music, his family’s company. Over the years he expanded his knowledge of the Music Industry, by taking part in all aspects of the production process. From playing in the studio or tracking in the control room.

In 2009 won “Best Album Cover” at the Canadian Aboriginal Music Awards. With the Graphics he done for “Out of the Blue”

Writing his first song at the age of 15. As more followed through the years. In February  2010 I started to assemble my first album. With influences like Mettalica, Nirvana, Jim Crocie, Stevie Ray Vaughn. 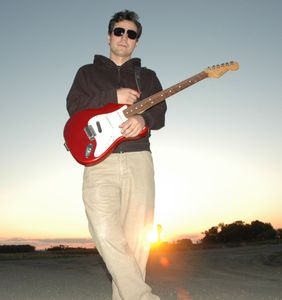 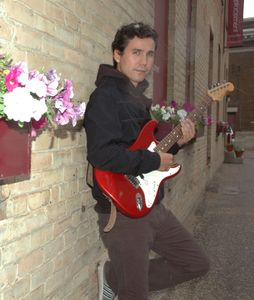 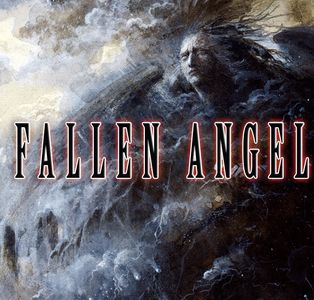